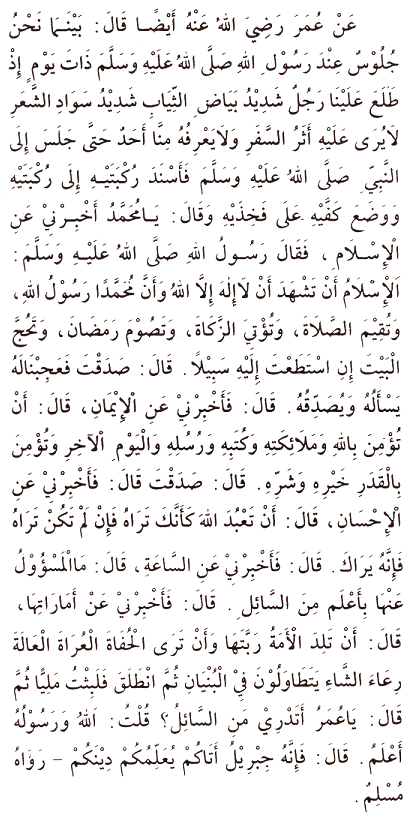 Also on the authority of `Umar (radi Allaahu ‘anhu), who said: